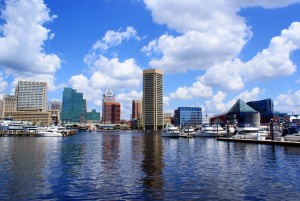 Our goal with every single one of our clients is to help them build significant wealth. But if you’re not familiar with the Baltimore market how do you know your investment is secure?

Baltimore is growing by leaps and bounds.
If you’re looking to create a secure and highly lucrative financial future there is no better place in the country to invest in Real Estate right now than in Baltimore, MD. Possibly the only place in the nation right now where 30% returns are the norm rather than the exception.

But don’t just take our opinion, let’s let the facts speak for themselves.

The city is booming with so much economic growth from the Port of Baltimore, Red Line Mass Transportation, I-95 Intermodal Land-Sea-Air Container Transportation, new and renovated housing starts (Over 4,000 homes in new construction), massive new school construction, former office and industrial buildings being converted to mixed use-multi-family and retail, water and sewer utility upgrades and Harbor Point Development to name a few.

All totaled over the next ten years as much as $10 billion will be invested by private and public concerns to assist in the revitalization of the city.

Harbor Point, the 27 acre water front project being developed by Beatty Development is a mixed use office, retail, hotel and new headquarters location for Exelon Corporation. Exelon Corporation is one of the largest public energy and utility companies in America and one of the most diverse inclusive when it comes to total corporate spend. In addition, to Exelon Corporation the new tower will house street level retail with a skyscraper hotel and residential living.

Known worldwide as home to Under Armour, Morgan Stanley, T. Rowe Price, Pepco, The Johns Hopkins Hospital, Science Center and the University of Maryland Medical System, the city is also recognized for outstanding public and private educational opportunities and a highly educated and talented workforce.

With the federal government recently moving one of their offices into Baltimore, that coupled with the rising costs of Real Estate in Washington, DC and Baltimore’s close proximity to the nations capitol is making Baltimore Real Estate continually more appealing to the population of over 4 million people that live in the DMV area.

Appreciation of Real Estate in Baltimore is also substantially higher than the national average.

Baltimore has received numerous awards such as:

In addition to renowned research universities such as Johns Hopkins University and University of Maryland Baltimore, Baltimore’s institutions include:

Thousands of students that graduate from these schools each year stay in the Baltimore area to create a strong workforce seeking positions in Baltimore City’s key industries.

With Real Estate returns averaging in the mid to high teens, there is simply no better place in America to invest in right now than Baltimore, MD.

For more on Baltimore’s incredible economic growth potential visit our friends at the Economic Alliance of Greater Baltimore.

Some other incredible reasons why so many people are investing in Baltimore Real Estate:

Baltimore is the 4th largest “commuter shed” in the country. Over 900,000 people commute into Baltimore every day from Baltimore area suburbs. And over 200,000 people every day commute in Baltimore from Washington, DC and Virginia.
Baltimore ranks #18 in the top 25 rental markets in the entire nation. However Baltimore is the only city in the top 25 markets where the rental rate of return is over 20%
Baltimore has one of the most stable economies in the United States, median household income averages $70,000 which ranks #4 in the U.S.
Baltimore’s millennial population has grown 16% in the last 5 years
Baltimore has over 1,000 miles of natural shoreline making it one of the most beautiful places to live
Baltimore gets over 2,000 hours of sunshine a year, rivaling Florida as the “sunshine state”
Over 2.7 million people reside in the region making it the 20th largest metro in the country
High opportunity and relatively low home prices make Baltimore one of the hottest Real Estate markets in the nation
So what are you waiting for? NOW is the time to invest in Baltimore Real Estate.